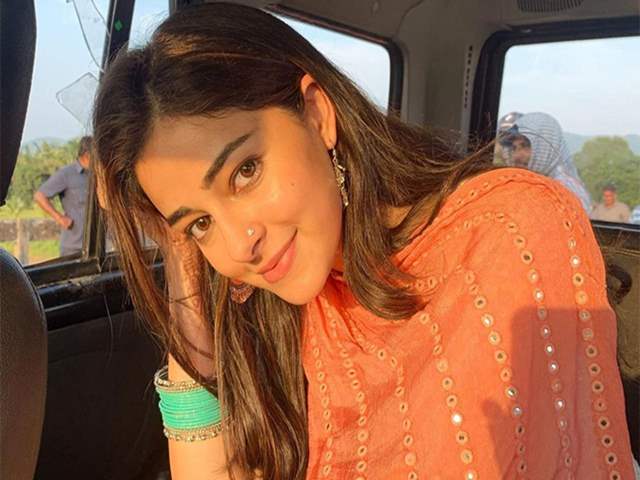 Ananya Panday has carved out a special place in the hearts of the audience with her quirky looks and her ability to nail every character. After the success of Khaali Peeli,Ananya is on cloud nine with all the love and appreciation that is coming her way.  Not only her fans, even her close group of friends were surprise to Ananya nailing the role of a ‘Bambaiya’ girl.

Her friends say that the actress is completely different from the character. A close friend revealed, “Ananya is a very fun loving and full of life person. While as Pooja in Khaali peeli - the dialect of a typical Bambaiya girl, she was unbelievable. The confidence, the fearlessness that she exhibited and the action sequences that she did, seemed so real on the screen that it was hard to believe it was her. She truly nailed the role and we loved it.”

We agree with her friends, everything of Ananya as Pooja was adorable. Her desi avatar, that nose pin, her acting - everything was easy on the eye and looked like a total natural.

Apart from this, Ananya's rocking chemistry with Ishaan Khatter also grabbed attention of the audiences. The growth that she has shown as an actor in her craft-  from being a student to a woman to a desi girl is remarkable. Her work speaks for the actress' capacity to get into every character with ease.

On the work front, Ananya has two projects in the pipeline - Shakun Batra`s untitled film, followed by 'Fighter' alongside Vijay Deverakonda.

Ananya Panday raises temperature with a red-hot avatar in her latest ...

"I got so used to seeing my parents and sister and dogs everyday": ...