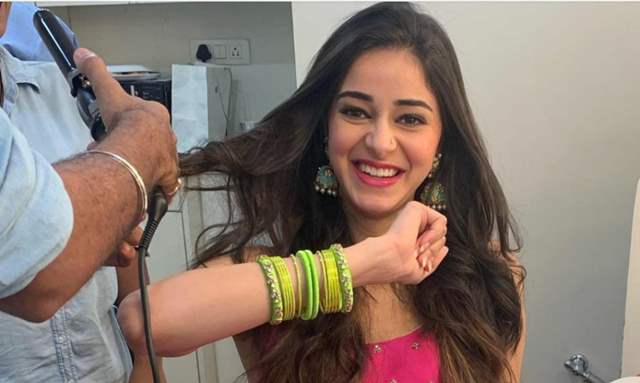 Ananya Panday has slayed on screen right from her first film in Bollywood, SOTY2. The actress has been a total riot on-screen in Khaali Peeli with her never seen before the avatar of a bambaiya girl.

The young diva is a film enthusiast and aspires to tread higher in the industry. While speaking about her character, Ananya nit-picks on one quality that she would like to imbibe from Pooja in Khaali Peeli.

The actress shares, "For me Pooja is really fiesty, fun, full of drama and life and a fighter - she’s unabashed and no damsel in distress and these are qualities I really look up to and hope I possess as well. She’s definitely my spirit animal."

Ananya's role in Khaali Peeli took the audience by surprise with the versatility and growth she had achieved. The three film old actress has her fans rooting for her strong and hard. A promising performer with abundance of talent in her bag pack she is on a rocking filmy journey.

After delivering a hit performance in Khaali Peeli, Ananya will be seen in a star-studded line-up of movies, the actress is currently shooting for Shakun Batra's untitled next with Siddhant Chaturvedi and Deepika Padukone. Another Pan-India film Fighter with Vijay Deverakonda is also underway for the actress.

'Khaali Peeli' To Become The First Film To Release in Theatres Next ...