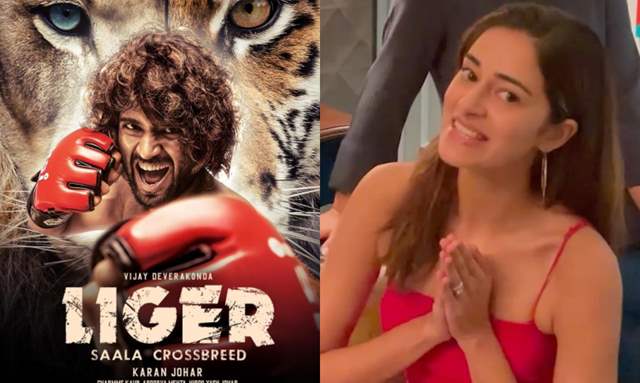 Ananya Panday is making headlines with her upcoming film, 'Liger', alongside Vijay Devarakonda. The actress made her debut with 'Student of the Year 2' and she is known to be one of the hardest working actresses in the industry. Ananya has once again surprised her fans and the audience down south as she spoke a few lines in Telugu as she shared special announcement video about the release of her upcoming film - Liger.

Taking to her social media handle Ananya shared the details about her upcoming film as she said that the film will be releasing in five languages and the theatrical release date of 'Liger' will be announced tomorrow at 8:14 am.

Directed by Puri Jagan, the film also stars Ramya Krishnan, Ronit Bose Roy, Vishu Reddy and Makrand Deshpande in key roles. The film is slated to have a theatrical release.