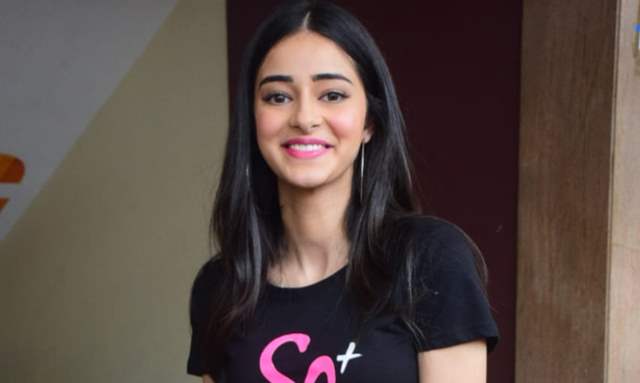 Ananya Panday, definitely steals the show when it comes to sun-kissed pictures game. The actress had made her debut with Student of the Year 2 and has won the hearts of fans with her back to back successful projects. The actress who is also an avid social media user has been keeping her fans and followers up to date with her daily routines and activities, amid the lockdown. Her latest post has already taken social media by storm.

Ananya took to her Instagram account and uploaded a picture of herself lying down near her windows in the sun looking absolutely adorable. Sun-kissed and glowing the actress uploaded the picture and captioned it, “only my reflection has been going out.”

While the entire world gets accustomed to the new normal and people starting to venture out, there is still a strict social distancing protocol practiced. The actress hints on how she has also been practicing the same effectively.

Furthermore, on the work front, the actress was last seen in Pati Patni Aur Woh. She will next be seen in Khaali Peeli along with costar Ishaan Khattar.. She also has been lined up with Deepika Padukone and Siddhant Chaturvedi in Shakun Batra’s next film. She will be also seen in Fighter with Vijay Deverakonda.

Ananya Panday spreads Positivity with her latest Post; says "If ...