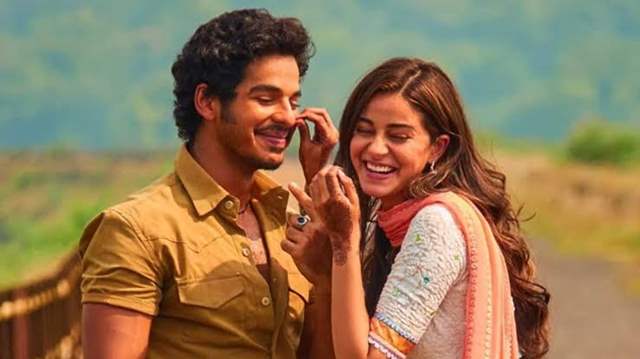 'Khaali Peeli' which will make its exclusive premiere on 6th November only on ZEE5. A romantic action film directed by Maqbool Khan and produced by Ali Abbas Zafar and Himanshu Mehra. The film features Ishaan Khatter and Ananya Panday in pivotal roles, with Jaideep Ahlawat as an antagonist.

Ananya Panday who is essaying the role of Pooja shares, "I'm extremely excited that ‘Khaali Peeli’ is releasing on ZEE5 and it will reach more than 190 countries, which is thrilling as well. I hope the audience enjoys my Mumbaiya character as it is so different from my past roles. It’s an early Diwali treat for the fans too and I hope they sit back, relax, and enjoy the film with their family, in the comfort of their homes."

Ishaan Khatter who plays Blackie says, “Khaali Peeli is an out and out entertainer and I’m glad it is going to be available to more people through this release. It was a blast to make this film and the energy has translated on screen.”

The story revolves around Pooja (Ananya Panday - playing the role of a prostitute) and Blackie (Ishaan Khatter - a taxi driver) who were separated by circumstances when they were kids. On turning 18, Pooja escapes the brothel; stealing a bag full of money & bumps into Blackie – a very ‘chalu’ Bombay taxi driver who agrees to ‘drive’ her to freedom for a fat price, of course. This sets in motion a series of cross-country events with goons on Pooja’s trail; cops on the goons’ trail.

The story is all about the chase and escape and through this, how the lead actors discover that they are childhood sweethearts and how far would each go to save others’ lives.

Ananya Panday is physically back in India but her mind and heart is ...