Actress Amyra Dastur, who has worked with female directors like Sonam Nair and Leena Yadav, says she considers herself a feminist.

"I do consider myself a feminist. I've been independent since the age of 16 and I believe that if women want to grow and reach higher levels, we will have to not only support one another but also really help each other," Amyra said in a statement.

"My mother is one of the strongest women I know. She's taken care of me and my brother and dealt with a lot emotionally. She went back to work and started her own successful business after 21 years because both my brother and I started working."

She shared that she will always be someone who "believes in the talent and sharpness a female director brings to the table".

Gender, clearly, doesn't matter to her.

"A smart individual and a good script are what I need. I didn't focus on working with these female directors, it just happened and I'm glad it did. They're amazing women who've come up with amazing stories," she said.

She worked with Nair for "The Trip" season two. It also stars Shweta Tripathi, Mallika Dua, and Sapna Pabbi.

The "Mental Hai Kya" actress teamed up with Yadav on her forthcoming film "Rajma Chawal". 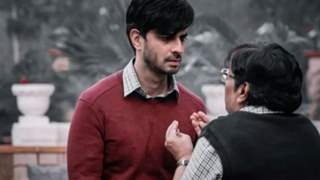