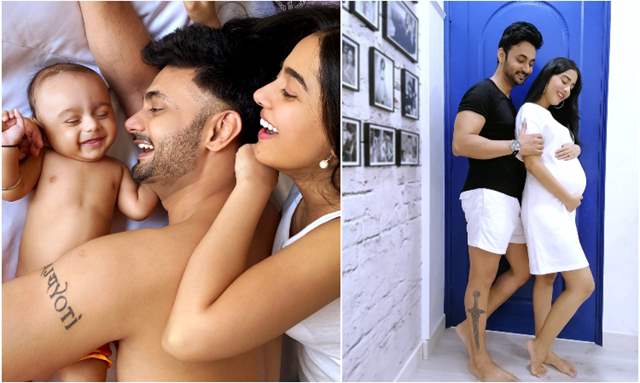 Actress Amrita Rao and her husband RJ Anmol embraced parenthood last year as they welcomed their baby boy in November 2020 and they named their bundle of joy, 'Veer.' Over the last few months, the adorable couple has often shared pictures of their son, however, they never revealed the baby, Veer’s face.

Now, the Vivaah actress has finally shared a picture of her baby’s face in a heartwarming post and netizens can’t stop blushing.

Anmol took to his Twitter handle and shared a picture of them sharing a frame with their cute son Veer. The picture featured Amrita and Anmol gushing over their son Veer while he looks at his parents with an adorable smile. The fans in high spirits after watching the family of 3.

Previously, when asked about sharing the first picture of the baby boy, Amrita had hinted that it might take some time. Speaking about the new journey of parenthood, Amrita had earlier said, “I have heard that with babies every few months there is a landmark transition. You are perpetually about discovering new things. Yes, I am nervous about the idea of motherhood but the saying is true- when you see your baby’s face the mother in you effortlessly awakens. I am looking forward to being a friend to this little wonder in my life.”