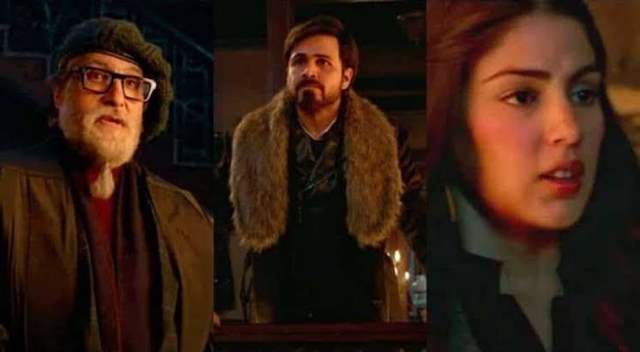 As the number of COVID-19 cases keep rising in the country, new guidelines have been rolled in and a lockdown is also slated to soon come in place to curb the spread of the virus.

This has ultimately affected the movie business as makers had recently started releasing their films back in theatres after a year. However, owing to the current scenario, theatrical release of Bollywood movies are being pushed to further notice.

After Haathi Mere Saathi, the film ‘Chehre’ has announced that the release of the film is now being postponed. The film was scheduled to hit the theatres on 9 April but unfortunately will not be releasing anytime soon.

The makers issued an official statement, which reads:

Due to the rising cases of COVID-19 and new guidelines for cinemas, we are unable to release our movie Chehre on 9th April and have decided to postpone until further notice.We have received an overwhelming response on our trailer and we are grateful for all the love and support.We have decided to bring Chehre to audiences theatrically when the environment is more conducive for the experience.See you in cinemas very soon, until then stay safe and healthy! Cover your Chehre with a mask and don't forget to use sanitiser.

1 months ago Just release it on OTT. No need to prolong this thing.