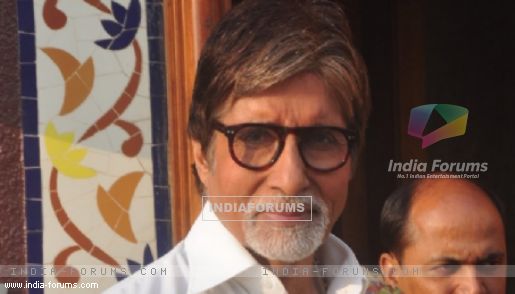 Film icon Amitabh Bachchan, who is known for his effortless chaste Hindi and eloquent English, will be seen speaking in three southern languages for an advertisement, featuring younger southern stars.

The Big B will speak Tamil, Telugu and Malayalam in the commercial which will also star Prabhu, Vikram Prabhu, Akkineni Nagarjuna, Shiva Rajkumar and Manju Warrier.

The 72-year-old says he took a little help from the southern stars to polish his pronunciation.

"The rapid changes of clothes and scenes. The completion of about 15 of them. The joy of being in front of the camera and mouthing Tamil, Telugu and Malayalam dialogues, with a little help from the 'departments of Madras' speech.

"And finally it is all done in record time," Big B posted on his blog srbachchan.tumblr.com.