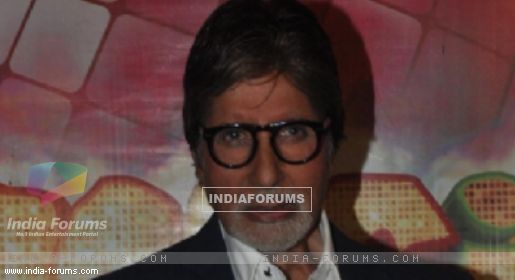 Megastar Amitabh Bachchan will head to Jodhpur on Friday for a fund-raising event, where he will be seen performing with the famous Shillong Chamber Choir and Vienna Chamber Orchestra.

The performance will be part of the Jodhpur One World Retreat 2015, which is to be held March 20-22. Funds raised at the gala are donated to the Head Injury Foundation, founded by Maharaja Gaj Singh II of Jodhpur in February 2007 to build a comprehensive system in India for the prevention, diagnosis and treatment of traumatic brain injuries.

During the evening of the event's second day, a grand finale will have a stellar performance by the Vienna Chamber Orchestra and the Shillong Chamber Choir. Joining them will be Amitabh.

"The Shillong Choir from the North East of the country, a group that has impressed everyone with their performances shall be one of the attractions at the event and I shall be performing with them for this fund raising event," the 72-year-old confirmed on his blog.

Talking about the cause of head injuries, he added: "The Maharaja's own son had a fall from his horse while playing polo, and was seriously damaged in the injury that followed to his brain. He has been through a great deal of trauma, and immobility... but thankfully he has recovered sufficiently well after years of treatment to almost normalcy."

The Shillong Chamber Choir shot to fame after it won a reality talent show "India's Got Talent" in 2010. A group of 13-22 people, the choir has performed for US President Barack Obama and his wife Michelle, and its founder Neil Nongkynrih has been honoured with Padma Shri.

This is not the first time that Amitabh will share the stage with the Meghalaya-based group. They were roped in to perform for the opening episode of popular TV game show "Kaun Banega Crorepati 6", which is famously hosted by the Big B.