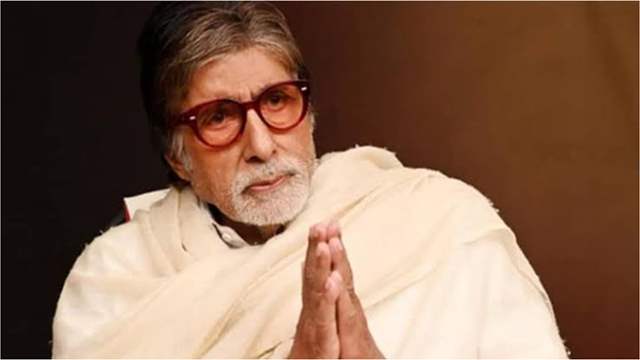 As Cyclone Tauktae hit Mumbai, Gujarat and other states on Monday, the heavy rains and strong winds caused destruction and damage.

Among other people, Bollywood superstar Amitabh Bachchan’s Mumbai office ‘Janak’ also flooded due to the Cyclone. He revealed the same in his blog.

Big B also shared that shelter area for his staff was blown away by the strong winds, and he shared his wardrobe with them after they helped him to repair the damage.

He wrote: “There is an eerie silence in the midst of the Cyclone .. the pounding and the lashing rains all day .. trees fell, leakages all over , flooding in the vulnerable Janak Office .. impromptu plastic cover sheets still in prep for the heavy Monsoon rain , ripped apart .. sheds and shelters for some staff blown away ..BUT the spirit of fight impregnable .. all hands on deck .. stepping out , repairing , preventing helping in extenuating circumstances drenched .. but on it."

“Staff simply amazing in such conditions .. their uniforms wet and dripping but they continue .. gave them dress changes urgently in this strife , from my own wardrobe and now they proudly move about as Chelsea and Jaipur Pink Panther supporters .. !!! in their team shirts and T’s .. some afloat in them and some squeezing their shape into them ..and amidst all this another crisis .. in the house .. uninvited guests that have decided to make home here and cause immense caution among some sensitive members of the family.”

Earlier yesterday, Bachchan had taken to Twitter to pray for the safety of his fans as he tweeted: “T 3906 - The winds and the rain of Cyclone Tauktae lashes us with intense ferocity .. my prayers for all to be safe and protected.”