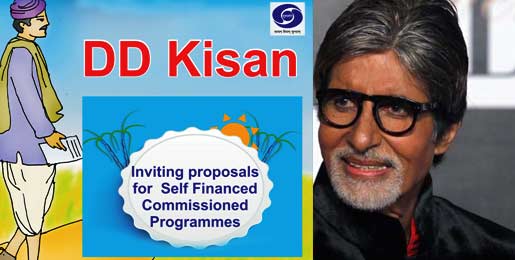 The actor is said to be "excited" about it.

A senior government official confirmed, "Mr. Bachchan has been roped in to promote DD Kisan."

A source close to the 72-year-old thespian told IANS: "He is personally very excited and enthusiastic about promoting DD Kisan, but an official announcement about Mr. Bachchan's association will be made formally in the near future."

The actor is also likely to contribute to audio visual content and radio jingles for the channel, which was launched by Prime Minister Narendra Modi on Tuesday.

The Uttar Pradesh Seed Corporation then registered the iconic film actor as a farmer-member and provided him with a hybrid seed programme for his land, which got a yield of 200 quintals of wheat thanks to advanced tractors, threshers and other equipment.