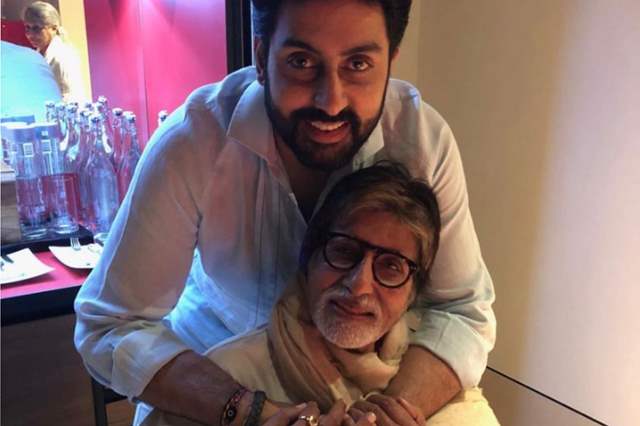 Abhishek Bachchan is currently working on R Balki's Ghoomer in Panchgani, and National Award-winning director and Founder-Director of Film Heritage Foundation Shivendra Singh Dungarpur has joined the cast of this much-anticipated film, according to Pinkvilla. Shabana Azmi, Saiyami Kher, and Angad Bedi play significant parts in the film. Ghoomer has received yet another fascinating update. According to the reports, the filmmaker has also signed Amitabh Bachchan to star in the film.

“Just like other Balki films, Mr Bachchan will feature in Ghoomer too. It will be a special appearance, and the duo are looking forward to reuniting again. The part is extremely important to the script but the details of it have been kept under the wraps for now,” suggest reports.

Big B previously starred in Balki's Cheeni Kum, Paa, and Shamitabh, as well as appeared in Ki & Ka and Pad Man.

Ghoomer also brings Amitabh Bachchan and Abhishek Bachchan back together after a long time. They have previously collaborated on films including Paa, Sarkar, Sarkar Raj, and Bunty Aur Babli. On February 5, Junior Bachchan began filming for the film. "Can’t ask for a better birthday present! Birthdays are best spent, working. घूमर. Now spinning,” Abhishek wrote on Instagram. In a conversation with Pinkvilla, Dungarpur had informed that they will also be filming for the movie in Mumbai, Navi Mumbai and Pune.

Meanwhile, Amitabh Bachchan has Vikas Bahl’s Goodbye, Ajay Devgn’s  Runway 34 and Ayan Mukherji’s Brahmastra. He will also be seen in Amit Ravindernath Sharma's Hindi translation of The Intern, and Jhund.