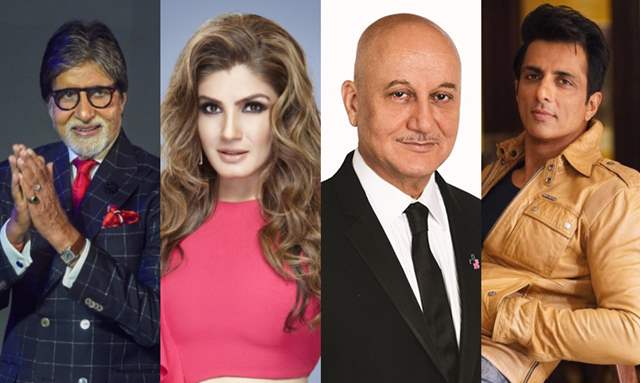 Today, Mumbai saw a major setback as the city experienced a sudden power cut due to grid failure by early afternoon. Several Bollywood celebrities took to Twitter to react to the disruption of electricity in the city.

Bollywood celebs including Amitabh Bachchan, Anupam Kher, Armaan Malik, Kangana Ranaut, Nimrat Kaur, Ali Fazal, and others took to social media and urged people to stay calm. Amongst everyone, actor Sonu Sood also shared his thoughts on his Twitter handle and asked everyone to be patient.

Raveena remembered memories of power cut during old days and took to her Twitter as shared about her experience: “Batti back.Hope all safe and well and not too inconvenienced.Not seen a power outage like this since we were young,back then,those long hours in the heat,restless summer nights,eating roti and dal lit up with candles.Brought back memories.But this is 2020 kuch bhi ho sakta hai.”

Meanwhile, celebrities like Anupam Kher, Armaan Malik, Kangana Ranaut, and even Ashoke Pandit took to their Twitter handle and reacted to the same.

Electric supply was recovered within a few hours in Mumbai. Recent reports suggest that electricity is restored in most parts of the city.

For the unaware, Mumbai saw the disruption of electrical supply due to TATA's incoming electric supply failure causing power loss all over Mumbai and suburbs, also disrupting train traffic of Central, Eastern and Western lines, according to Brihanmumbai Electric Supply and Transport (BEST) on Monday.