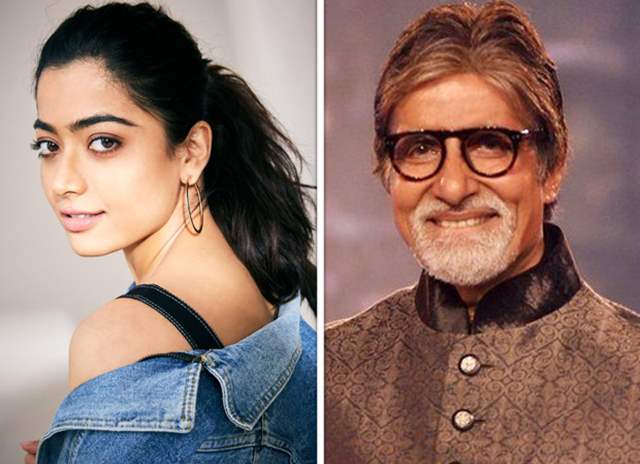 Amitabh Bachchan is a Bollywood legend who needs no introduction. He has a tremendous social media fan base, and he is always sharing everything with his admirers, big and little.

The actor is now enjoying the success of his most recent film, Jhund. Well, it appears that Big B has a busy year ahead of him, with Goodbye among the films on his slate. Big B will appear in Goodbye with South sensation Rashmika Mandanna.

The actress is currently on cloud nine following the massive success of her film Pushpa. Amitabh published a post with Rashmika only a few minutes ago, and he added his own 'Pushpa' spin.

The Jhund actor and Rashmika sparkled in the photo, as if they were in their work zone. Big B looked handsome in his ethnic clothing, which included a shawl.

Rashmika's gorgeous, contagious grin, on the other hand, captivated our hearts. She looked stunning in a pastel-colored cardigan. Along with the photo, Big B wrote,

Of course, his post was an instant hit amongst the fans. Numerous fans wrote, “Pushpa nahi Sir Srivalli”.

When it comes to Goodbye, the film's production began last year, and photographs of Mr Bachchan on sets with a pet went viral. Rashmika also posed with Amitabh Bachchan and the cast and crew on the sets to celebrate her birthday. Apart from Senior Bachchan and Rashmika, the film also features Neena Gupta and Pavail Gulati.