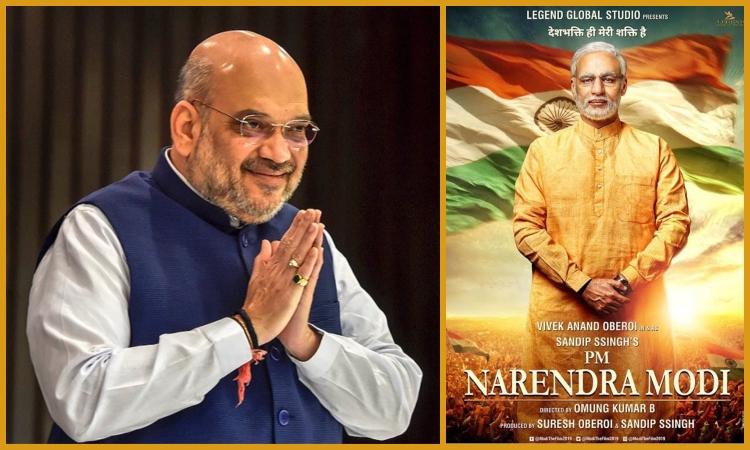 Ahead of the release of "PM Narendra Modi" biopic, BJP President Amit Shah will launch the film's second poster on Monday here.

The first poster of the film was unveiled by Maharashtra Chief Minister Devendra Fadnavis in 23 languages in January.

"PM Narendra Modi" will showcase the journey of Modi from his humble beginning to his years as the Gujarat Chief Minister, to the landmark win in the 2014 general elections, and finally becoming the PM.

The biopic is being helmed by National Award-winner Omung Kumar B, and produced by Ssingh, Anand Pandit and Suresh Oberoi.

Looking forward to the poster launch, Ssingh said in a statement: "This film is very close to my heart. The first poster received immense love and only one person could have taken this excitement a notch higher and that is Mr Amit Shah."

Actors Darshan Kumaar, Boman Irani, Zarina Wahab and Barkha Bisht Sengupta are also part of the film, which is scheduled to release on April 12.