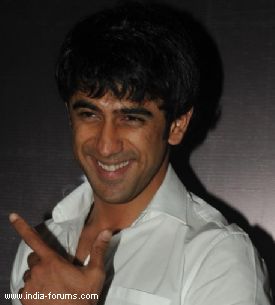 Accidents on location can be a crippling blow to film projects. A recent example is actor Amit Sadh's fractured leg, which has put Subhash Kapoor's new project "Guddu Rangeela" behind schedule by a month.

The film features Amit and Arshad Warsi in the title roles.

The team, which was shooting in Simla, has returned to Mumbai, where Amit is recuperating.

Speaking from his home, Amit said: "The leg is healing. I have to be strong because this accident has messed up the schedule of my film. Now the doctors tell me that the first two weeks after the fracture will be very bad."

Amit says the entire team of "Guddu Rangeela" is supportive.

"Everyone has been wonderful. My director Subhash Kapoor sir has been like a father, caring for me. I am getting a lot of love and attention and I am enjoying every bit of it," he said.

The "Kai Po Che!" actor says that it's just a matter of resting it out. However, that's easier said than done.

"The doctors say the first two weeks are going to be painful. I feel pain only when I move my leg. After two weeks, the pain and swelling would subside. The fracture will heal. I start re-hab in the third week. But I am getting a lot of visitors. So I feel like a star."