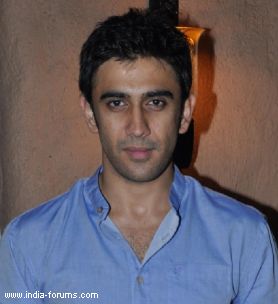 Actor Amit Sadh underwent surgery earlier this week on his foot, which he had fractured last month while shooting in Shimla for Subhash Kapoor's "Guddu Rangeela".

He underwent the surgery here Wednesday.

Complications in the fracture are said to have necessitated the surgery. While all his producers have wished Amit a quick recovery, the seriousness of the foot injury does put a question mark on at least three of his forthcoming projects.

While the next schedule of "Guddu Rangeela" awaits Amit's foot recovery, the actor's presence in two other projects could also get seriously jeopardized.

While Tigmanshu Dhulia's "Yaara", where Amit is slated to play the younger version of Tigmanshu's character is expected to take off in July, Kushan Nandy's political thriller starring Nawazuddin Siddiqui and Chitrangda Singh, in which Amit has a stellar role, may not happen in Amit's career at all.

Said Dhulia: "Since Amit and I play the same character in 'Yaara' during different stages of the film, we need to sit together and he needs to understand my body language.

"With his foot surgery, I don't know how we'll manage it. But Amit is my first and final choice for the role. He is really talented and suitable for the part."

However, Nandy's project seems hard to manage for the time-challenged foot-fractured actor.

Before going into surgery, Amit said: "I don't know if I'll be able to do Kushan's film. It's a terrific role for me and a great script. But at the moment my priority is to get back on my feet and complete 'Guddu Rangeela'."

Amit's surgery went well. He is expected to start walking from Monday.