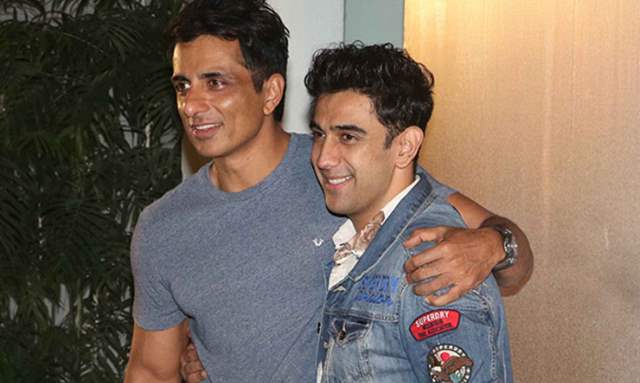 Actor and philanthropist Sonu Sood is rightfully is known to be a ‘Messiah’ considering his humanitarian work during the lockdown to help many locals to reach their hometown and help students from overseas to come back to India was exceptionally overwhelming. Apart from being a ‘Superhero’ for the needy, Sood has also helped his industry colleagues who are very proud of the Dabangg actor.

Now, Amit Sadh heaved praises on the actor and stated that it is because of Sonu that he has been able to make a career in films.

Sonu Sood who is out with his book ‘I Am No Messiah’ was congratulated by Sadh and thank him for “teaching us a way to give back”. Taking to his Twitter handle he also revealed that “Not many know that my first break was given to me by Sonu bhai. It’s because of him where I am today. This goodness that he is doing now that people are talking about is not something that is just activated. I think he has been doing this from many many years.”

In no time, Sonu Sood acknowledged Amit’s tweet and wrote, “Bhai you were born to rule. You wrote your own destiny. I was just fortunate enough to be a catalyst in your amazing journey. So proud of you my brother. Keep adding feathers to your cap.”

Amit thanked Sonu for his kind words and for being an inspiration for him and others and said, “Sonu bhai .. thankyou for your words ... they mean so much to me ... and I will work harder to make you prouder ...And Thankyou for leading the right way and for all the inspiration .. hope we meet soon !! Lots of love.”

For the uninitiated, Amit ventured into television with Kyun Hota Hai Pyarrr (2002), where he was seen performing the lead role. He switched films in 2010 and shared screen space with Sonu in Maximum (2012). The actor then grabbed his first major role in the 2013 film ‘Kai Po Che!’ and was later seen in two web shows this year including Breathe: Into the Shadows and Avrodh: The Siege Within.

"We are defined by our actions": Sonu Sood reacts to ambulance service ...

Sonu Sood responds to the BMC calling him ‘habitual offender’

2 months ago Bravo Mr. Sood. I am happy everyone is getting to value your worth, it's about time too.