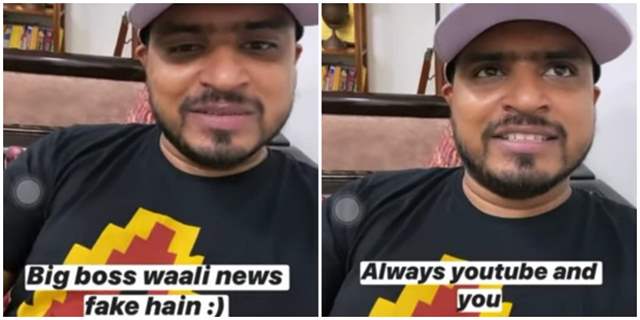 Popular Youtuber Amit Bhadana has entertained his fans with his engaging and fun content. He had gained immense popularity and fan following over the years and has been one of the most successful creators. However, there have been several reports in the media recently of him entering the Colors TV popular show Bigg Boss 14.

Rubbishing all the rumours and clearing the air, Amit recently made a video of himself where he stated that he is not going to be a part of Bigg Boss. In the video, he mentioned that there has been a lot of news of him going to Bigg Boss and said that it is fake news and he is not entering Bigg Boss. He said, "No hard feelings for the show, but my goals and aim are totally different. Bigg Boss and Bollywood does not fit into it and I am happy on YouTube.”

He also mentioned that Bollywood and Bigg Boss has never been his priority and his priority has always been YouTube.

What do you guys think of the above news? Which celebrity contestant would you like to see in Bigg Boss 14? Do let us know your views on the same in the comments section below.

Ayushmann Khurrana Reacts to Being Voted as One of the Most ...
12 minutes ago

Neil Bhatt talks about prepping up for Ghum Hai Kisikey ...
-27 seconds ago