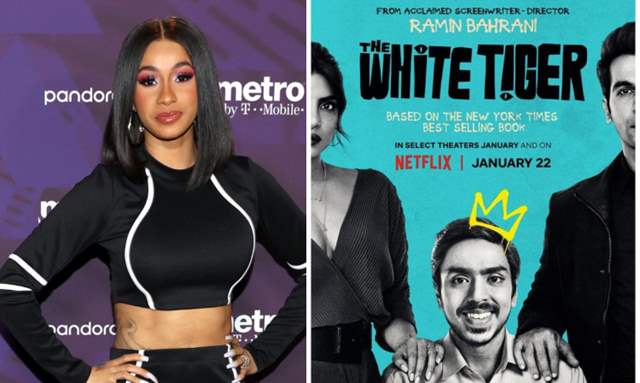 Actors Rajkummar Rao and Priyanka Chopra have been making it to the headlines ever since the trailer of their upcoming film ‘The White Tiger’ was released. The latter was recently showered with love from singer and actor hubby Nick Jonas who gave her upcoming film massive thumbs after he arranged a private screening for the film.

Now, American rapper Cardi B has applauded the latest release and it seems she could easily connect with the film. The rapper took to her Twitter handle and shared praised the film as she wrote, “White tiger is such a great movie. I was crying and angry watching it .”

No sooner PeeCee saw the Tweet, she instantly replied to the ‘Girls Like You’ rapper. Her Tweet read, “Same @iamcardib ! Thank you, so happy you enjoyed it”

Taking to her Instagram stories, The Sky is actress had shared a video for the same, as she tagged the team of The White Tiger.