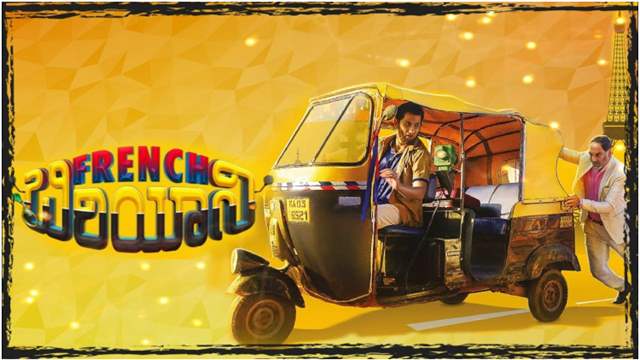 French Biryani is the much awaited Kannada film which is all set to have a global OTT release on Amazon Prime Videos, which was earlier set for a theatrical release. The makers released the poster of the film today and we are all excited for the trailer which will release in two days!

The characters and story are a not to be missed! What happens along is all what sees the twists and turns in this quirky comedy.

What results of this goofed up journey is the heartstring of ‘French Biryani’. With every possible wrong ingredient added by fate, it inevitably becomes a recipe for disaster.

French Biryani will be a part of the slew of content consisting of the many TV shows and movies from Hollywood and Bollywood in the Prime Video catalogue. French Biryani is amongst seven highly anticipated Indian movies to globally premiere on Amazon Prime Video including Gulabo Sitabo, Shakuntala Devi, Penguin, Sufiyum Sujatayum, Law and PonMagal Vandhal.

French Biryani is an upcoming Kannada movie scheduled to be released on 24 July, 2020. The movie is directed by Pannaga Bharana and will feature Danish Sait, Pitobash Tripathy, Sal Yusuf and Disha Madan as lead characters. French Biriyani is set for a world premiere only on amazon prime video, July 24 onwards.