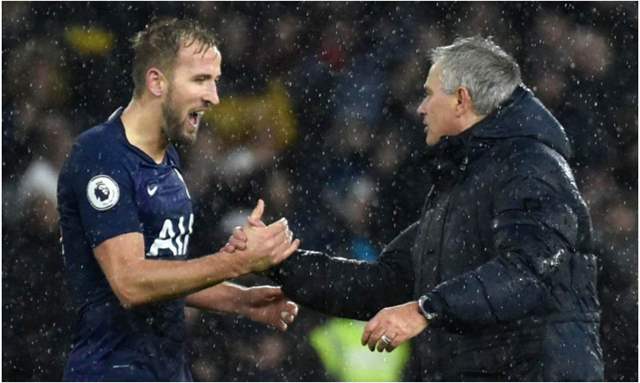 The bond between teacher and student has always been spoken about with great fascination and detail. With sports teaching us a host of life skills, the education that a coach or a manager imparts to their players has all the power to make or break them. In football, all eyes are on one of the game’s best coaches, Jose Mourinho, and a striker with a glowing reputation, Harry Kane. Working together as manager and club captain of English Premier League side Tottenham Hotspurs, one can’t wait to see how the two take this North London side to the next level. While football fans are all set to get a sneak peek into the life of these two superstars in Amazon Prime Video’s All or Nothing: Tottenham Hotspur that streamed this August 31, we tell you five reasons that prove that Harry Kane and Mourinho are the best things to happen to Tottenham Hotspur.

Having the two at the club is perfect timing for Tottenham

Over the past few years, or seasons, as they’re called in football lingo, Tottenham Hotspur have been ridiculed by rivals fans for their lack of success. Always failing at the final hurdle, the board decided to bring in the winning mentality that the club badly needed by appointing serial winner Jose Mourinho. And with most coaches needing a striker that can fire them to silverware, the Portuguese couldn’t have asked for a better one than Harry Kane, who’s in the prime of his career at the age of 27. As the new season starts in a couple of weeks, Tottenham fans have never felt so confident for they have two of the best names in the business ready to script a new chapter in the club’s history.

The team leaders on and off the pitch

What makes this duo one to marvel at is that both of them are glowing representations of leadership. While Mourinho is a no-nonsense manager who will do anything and everything to win, Kane, captain of the club for the past five seasons, exemplifies the same the moment he steps on the field. With this quality rubbing off on the rest of the players and coaching staff, it’s no surprise to see the morale at the club at its peak. All set to take Tottenham to the next level, the board are smiling from ear to year knowing that the team is in the hand of two great leaders.

A pair that complements each other perfectly

Having entered the period many consider as the prime age of a striker, Harry Kane knows that he needs the right guidance to fire him into category of winners. This is where Jose Mourinho comes into the picture. That said, the same holds true for this manager who needs a striker to deliver the club success. After all, in football, it is goals that win you games and you better have a player who knows how to find the back of the net. It’s a fascinating relationship as Mourinho knows he needs to work harder to make Harry Kane the best player in the world, and vice versa. This is all the reason one needs to keep a close eye on what Tottenham Hotspur are going to do in the 20/21 EPL season. They’re surely dark horses to say the least.

Winner’s mentality from head to toe

Tottenham Hotspur last won a trophy in 2008, the League Cup to be precise. It’s been 12 long years and the club know that things need to change and fast. Having Jose Mourinho and Harry Kane as club manager and captain respectively, those in charge of affairs at the North London club know that their time is now. It’s time to win and win big and they’ll have Mourinho and Kane showing them the way. With each of the two having a reputation for setting the highest of standards when it comes to winning, it promises to be a journey that Tottenham fans have been waiting for their entire life.

Both have a point to prove

Like mentioned earlier, Harry Kane is 27 and approaching the best time of his career. But he knows that come at the end of it, he will be remembered for the trophies he’s lifted and the competitions he’s won. Right now, that tally amounts to zero. Having rejected the advances of major European and English clubs, Kane’s heart is with Tottenham having been with the club since he was a teenager. There’s a fire in his belly and he knows that it’s now or never for him. One can say the same about Jose Mourinho who’s last two stints with English clubs Chelsea and Manchester United didn’t end on the best note possible. They say a tiger when wounded is at their most dangerous. Kane and Mourinho know that they’ve been at the receiving end of countless taunts and jibes. It best way to vindicate themselves is to win. It’s either All or Nothing.