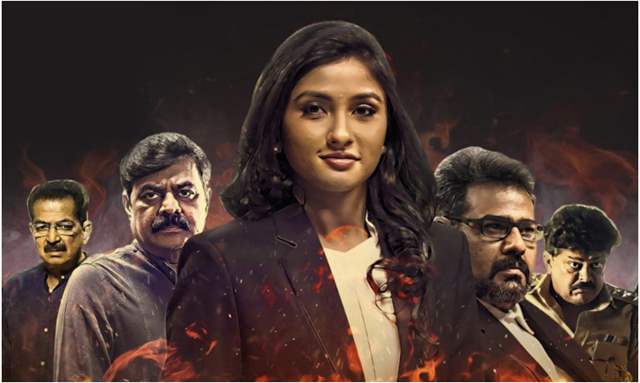 Amazon Prime Video today launched the trailer of their first Kannada direct-to-service film, Law, a criminal suspense drama that follows the life of Nandhini, a law student who demands justice for a gruesome crime. Law is produced by Ashwini Puneeth Rajkumar, M Govinda and directed by Raghu Samarth. The legal Kannada drama is led by Ragini Prajwal who makes her debut as a lead actress and Mukhyamantri Chandru, Achyuth Kumar, Sudharani among others. Law is the fourth direct-to-service movie to premiere on Amazon Prime Video after the successful release of Ponmagal Vandhal (Tamil), Gulabo Sitabo (Hindi) and Penguin (Telugu and Tamil with Malayalam dubs). Prime members in India and in more than 200 countries and territories worldwide can watch the much-awaited movie in Kannada starting 17th July, 2020.

“Law is close to my heart, because not only does it mark my debut, but the movie also sheds light on an important message that often gets sidelined.” said Law Actress Ragini Prajwal, “Nandhini, is a strong and determined women who overcomes a difficult situation through sheer determination and perseverance. Law is sure to set a new bar in this genre and I am hoping it will be appreciated by critics and audiences alike. I have had the privilege of working with a dream team on Law and I am thrilled our film will be accessible to audiences not only from India but across 200 countries and territories, making the release even more impactful.”

Producer Ashwini Puneeth Rajkumar said, “Amazon Prime Video is one of our most valued partners. After the phenomenal success of our films Kavaludaari and Maya Bazaar 2016 which released on the service shortly after its theatrical release, Law is our third collaboration and one of the two titles we would be premiering on Amazon Prime Video worldwide. With Law we not only want to entertain our audience, but also bring to light an issue of great importance. We look forward to customers across 200 countries and territories being able to enjoy the movie from the safety of their own homes.”

Why Should We Watch Janhvi Kapoor's Gunjan Saxena?
4 minutes ago

The Bhatts were involved throughout: Ankit Tiwari on his ...
36 minutes ago