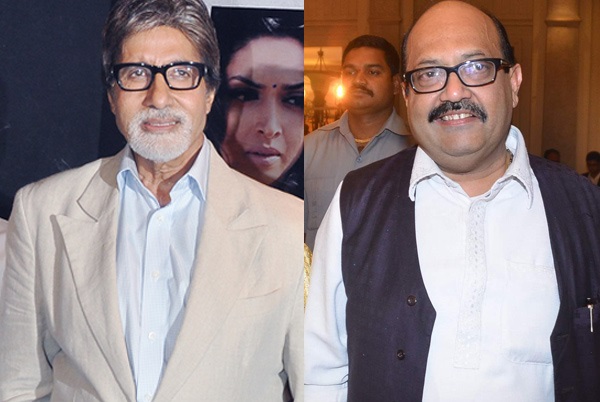 Former Samajwadi Party leader Amar Singh congratulated megastar Amitabh Bachchan for his National Award win and said that there will never be an artist like him.

Bachchan on Tuesday received the National Award for his performance in "Piku" and when Singh was asked about his reaction at the music launch of "Bhouri", he said: "I congratulate him for that, I have always said that there was no artist like him, neither is, nor will ever be. He is one of those fortunate artists to have seen destiny supporting him."

" He has made use of every genre of entertainment rightly at the right time," he added.

Singh also said that the the 73-year-old worked with directors of different eras and this makes him different.

"Other than Manmohan Desai and Prakash Mehra, he kept working with new directors like R. Balki. Despite being a 70-year-old, he tried to convince a father-in-law to love a girl of the age of his daughter in 'Cheeni Kum' and he did that with Jiah Khan in 'Nishabd' as well," he said.

Singh was very close to the Bachchan family for a substantial amount of years till some years back, and then had a fallout later on. Bachchan's name has also come up in the controversial Panama papers leak of tax documents of offshore companies and accounts of the rich.

When asked about it, Singh said: "Amitabh Bachchan's names are there in the Panama papers or not that you should ask the government. It's them to see if it is legal or illegal. I'm neither the Chief Minister or Prime Minister."