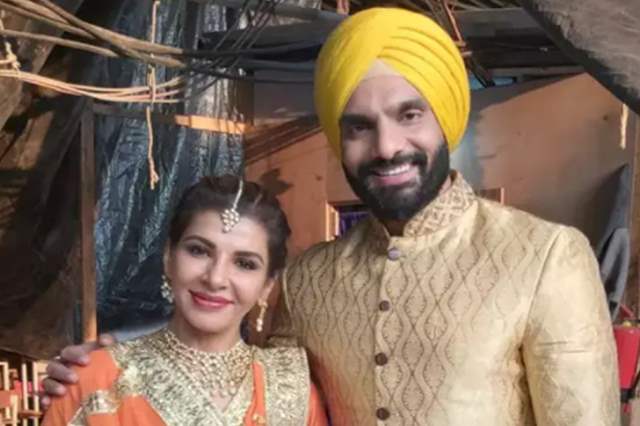 Colors' rating-grabber Choti Sardarni has witnessed an array of developments lately which include the poverty track of Sarabjit (Avinesh Rekhi) and Meher (Nimrit Ahluwalia) followed by the kids being expelled from the school. However, one ore major development is all set to happen soon where actor Amal Sehrawat will be bidding goodbye to the show. That's right. Sehrawat, who plays the role of Jagjit Singh aka Jagga in the show has his track coming to an end soon. Talking about it to Times of India, Sehrawat said,  “Yes, soon there will be a wrap up for me. As per the demand of the script, there will be some big changes and in a mishap, the character of Jagga, which I am playing, will be killed. The show is set for a five-year leap where the show will witness some major developments.”

When an actor is associated with the show for so long, it sure can hit the person as much and talking about it, he said, “Off course it hits us back. Though I knew about it and was prepared for it. But it does hit you for a couple of days when you are informed that you have to shoot till this week only. I have been doing the show for the past two years and the entire team has become a family for me. We have partied together, celebrated festivals together and suddenly I will no longer be the part of that family, who has become so close to me. I am going to everyone, especially miss Anita ji who used to bring pastries and cakes for us. I am also going to miss Nimrit, who plays my younger sister in the show, and I seriously started treating her like one off the sets too. She used to take advice from me and I have always seen a younger sister in her. It was a whole lot of fun to be together.”

Concluding on the same, Sehrawat said, “There are a lot of challenges in the field of acting. As an actor, the most dangerous is the comfort zone and Choti Sarrdarrni has become a comfort zone for me. until I come out of it, I won’t take steps to progress further. So this was required for me to grow as an actor. But I will keep visiting the sets and meet my co-actors."