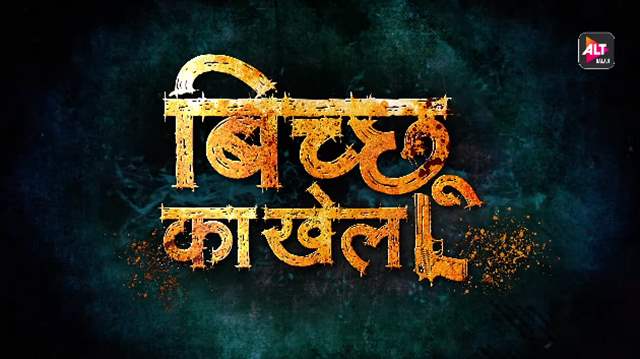 Ask anyone who follows OTT shows, they’ll tell you just how excited they get ahead of an upcoming show. And adding to that, the leading OTT platforms, ALT Balaji and Zee5 have left no stone unturned in the promotions, show announcements, BTS, character reveals, amongst others. One can also see it in the upcoming web series, Bicchoo Ka Khel, that stars talented actors like Divyenndu Sharma, Anshul Chauhan, Mukul Chadda, Gagan Anand, Zeishan Quadri, Rajesh Sharma to name a few. The makers have recently treated their fans and social media followers with a few BTS pictures of the show, and the excitement for this Diwali release is at its peak!

Adding to the already existing hype around the show, the two platforms today, unveiled the logo of the series to send fans into a frenzy. Revealing the logo of the show through an intriguing video, one sees a scorpion crawling and ripping open the screen to unveil the logo. Further adding to the excitement, ALTBalaji’s recent post on their social media handle says, “Iss Diwali, bawaal machega jab ye apna khel rachega! #BicchooKaKhel, Teaser out on 26th October, on #ALTBalaji,” has got everyone waiting in bated breath for the show to release soon.

Bicchoo Ka Khel is a crime thriller that revolves around the story of Akhil, a budding writer whose life is nothing less than a roller-coaster ride with twists and turns to keep you at the edge of your seat.