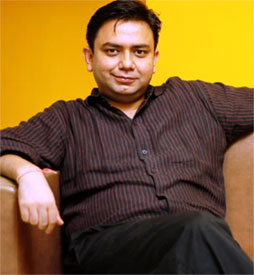 As the speculations are rife about Saurabh Tewari producing a new show on Sony TV, titled as Do Deewane Ek Sheher Mein, we update you with its current status.

The shoot of the show has commenced in full swing some days back but then suddenly, news started doing the rounds that the show has been scrapped and also there were reports that the actors have been replaced and the script had to be changed according to the channel's demand.

"It will take another 2-3 months for the show to go on floors and the shoot is currently going on," adds our source.

However, when we contacted producer Saurabh Tewari, he says, "No, its not true. The show is not happening."

We also tried contacting Mohit Sehgal but he remained unavailable to comment.

Vvcc 6 years ago He said,the show is not happening...awww...i just want to c Mohit Sehgal back on screen...

6 years ago Just want to see u back.onscreen Mohit Sehgal...
So please make it sooner than fast.love u so much my prince charming...Just rock.

+ 5
6 years ago Mohit Sehgal comeback with a good script n better channel.. I believe in you.. You'll do it.. all the best.. Love you

6 years ago This production house sucks!!! When they had good actors like Drashti they made a mess of Madhubala - will NEVER watch their shows
BLoody Idiots

+ 3
6 years ago Love you Mohit sehgal.Hoping to see you back onscreen soon.

6 years ago Love you, Mohit Sehgal. Waiting for your dhamakedar comeback soon.

+ 3
6 years ago Thank God ST clarified that the show is not happening. Mohit Sehgal, want a channel better than SONY for your comeback. Love you and wish you the best in life.

6 years ago Thank God this news is not true, Mohit Sehgal.Don't want to see you on SONY TV. Though excruciatingly long, we are sure this wait will be worth every second as you will soon be back in a brand new show as the main lead on a channel that is much better, much, much better than SONY TV. Love you. Stay blessed.