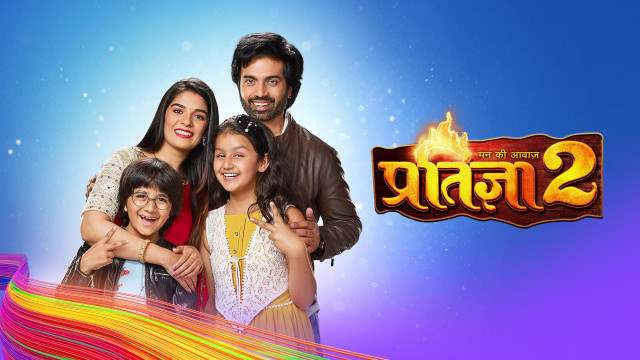 Showbiz has definitely been affected vastly and while there is not much that can be done given these are tough times, a lot is happening otherwise. From a handful of shows going off-air to shoot locations shifting to different cities, everything that is possible is being done in an attempt to ensure that the show goes on.

Nonetheless, a lot goes into shooting, and hence, shifting base may not seem like a viable option to many. It was only a day ago that there were reports about Star Bharat show Teri Laadli Main going off-air. And now, as per reports in Tellychakkar, it looks like all of Star Bharat shows, except Mann Kee Awaaz Oratigya 2 will be going off-air.

This means that shows including RadhaKrishn, Teri Laadli Main, Amma Ke Babu Ki Baby, Savdhaan India, will all be shutting shop soon. Further, the report stated that an actor confirmed the same and revealed that they were not informed about the show going off-air and that it was rather last-minute that they were told about the shows being pulled down by the channel.

However, an exact date for the same is not know yet.

23 days ago Star Bharat has never failed to launch super regressive shows. Almost all these dramas promote nothing but how if you are educated or speak English you are terrible, keeping mum is the only way, respect those who treat you like crap. It's an utterly crap channel that seriously needs to go. STAR One needs to make a comeback. I guarantee it'll get more than what this shitshow of a channel is getting.

23 days ago Pratigya 2 is a great show, it should move to Star Plus, it will massively improve the Tv trp its currently getting.

24 days ago How can channel run on one show? better shut down star bharat and move pratigya on star plus. Give weekend one hour slot.

+ 3
24 days ago Radha Krishna should go off air. There's nothing left in the show. It ran for 2.5 years and it's high time the show ends for good

+ 2
24 days ago They should bring romcoms, comedies, fantasy, thriller, mystery, romantic dramas on the rebranded and revamped version of Star Bharat and cater the youth audience because Starplus is already catering the family genre.