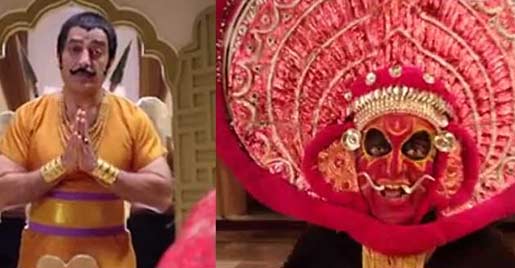 Kamal Haasan-starrer Tamil drama "Uttama Villain", whose release was delayed by a day on Friday, has hit the screens nationwide on Saturday as the financial issues between its makers and financiers is said to have been sorted out.

"All financial issues have been amicably settled. All theatres will start screening the film latest by noon today," a source from the film's unit told IANS.

Apparently, the film's producers Thirrupathi Brothers owed money to a group of financiers. It was also believed they owed Eros International, the distributor of the movie worldwide, nearly Rs.5 crore.

On Friday, barely minutes before early morning shows across Tamil Nadu, the release of the movie was delayed. The cancellation of the shows had left legions of Kamal fans disappointed.

"We started celebrating the release from around 6 a.m. in some theatres yesterday. When the news about the release being delayed broke out, we were devastated. It wasn't the money we were worried about but for the long wait to watch Kamal Haasan's film," Rajesh Kumar, an avid fan of Haasan, told IANS.

The film, which is directed by Ramesh Aravind, is the story of a superstar with and without a mask.