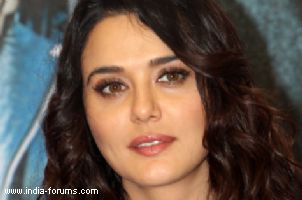 Actress Preity Zinta, who has watched "Highway", believes Alia Bhatt, who played her younger version in 1999 film "Sangharsh", will go a long way in filmdom.

"I still remember seeing Alia as a little cutie on the sets of 'Sangharsh' playing mini me. This one will be the brightest star forever," Preity posted on Twitter.