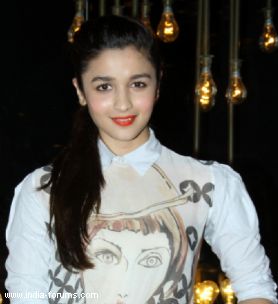 Actress Alia Bhatt has been announced as the face of hair care brand Garnier Fructis in India. She believes in taking good care of her locks.

"I love its fruity, long lasting fragrance and the way it leaves my hair feeling nourished and strong. The new Garnier Fructis shampoos and conditioners have been specially developed for Indian hair," she said in a statement.

She even tweeted about her association with the brand.

"Fructis has changed, change to Fructis! Guess who is the new brand ambassador for @FructisIndia - ME! Super excited about this :)," she posted on Twitter Monday.

The 21-year-old also endorses the Pure Active range of face washes from Garnier.