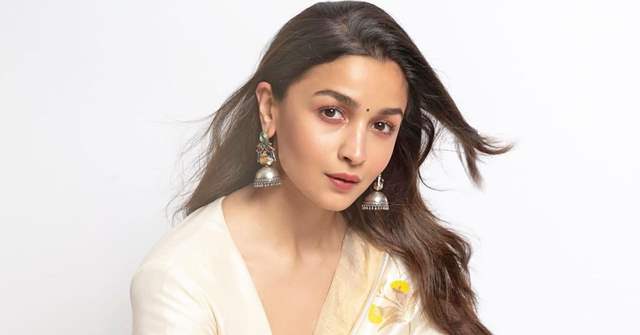 It was just a few minutes ago, Alia Bhatt took to her Instagram stories an thanked each and every one who poured in their wishes and blessings for the new-parents-to-be in town. But looks like some media portals have anguished the actress with their remarks.

Soon after that, Alia Bhatt shared another story on her IG account with a screenshot of a caption given by a news portal surrounding her pregnancy. The news portal had mentioned facts like, Ranbir will go to UK to pick her (Alia) up and she would be resting after she comes back to India, scheduling all her shoots aligning to her pregnancy.

Along with the screenshot Alia penned, "Meanwhile we still live in some peoples heads we live in some patriarchal world..fyi. Nothing has gotten delayed!!! No one needs to PICK anyone up. I am a woman not a parcel!!! I do not need to REST at all but good to know you'll have a doctors certification as well:) This is 2022. Can we pls get out of this archake way of thinking! Now if you would excuse me..my shot is ready." 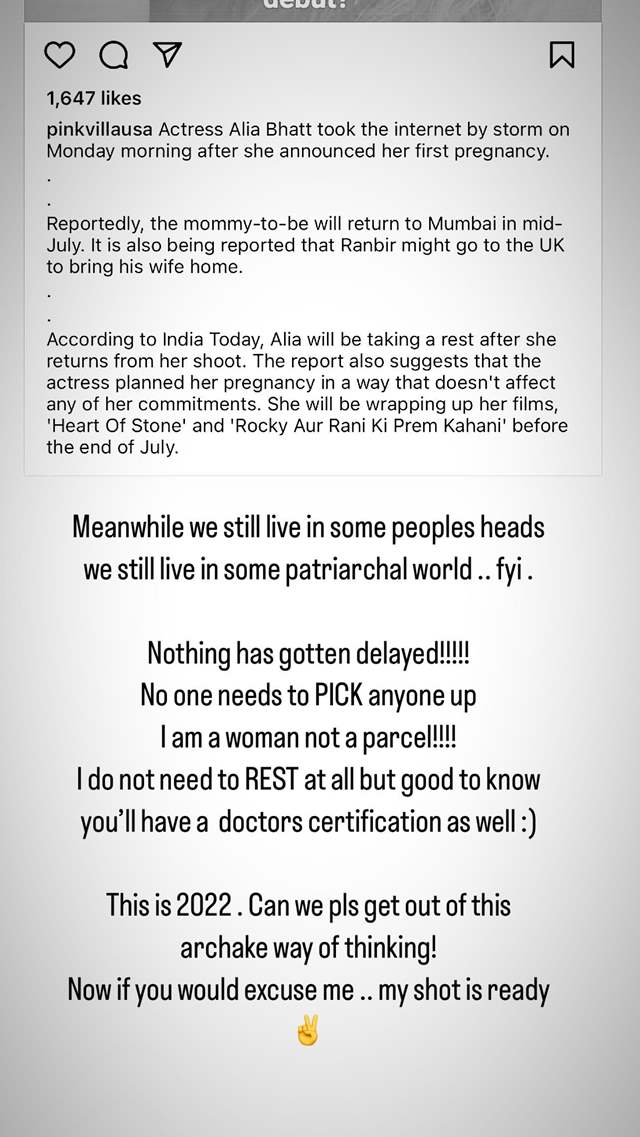 For the uninitiated, Alia Bhatt is currently in London for filming of her upcoming Hollywood project, 'The Heart Of Stone'. In the film she will star alongside Jamie Dornan and Gal Gadaot. Alia has been there for quite some days and has ben sharing BTS pictures from her shoot on her social media.

Apart from this she had a bunch of projects in her kitty. She will next be seen in Brahmastra alongside Ranbir Kapoor. The film would also feature Amitabh Bachchan,Mouni Roy and Nagarjuna in key roles. Apart from that she has almost wrapped the filming of the Karan Johar directorial family drama Rocky Aur Rani Ki Prem Kahani. She will also be a part of Farhan Akhtar's road trip film Jee Le Zaraa and star alongside Katrina Kaif and Priyanka Chopra in the film.

+ 2
29 days ago She misspelled archaic!🤦🏾‍♀️ That takes away from the whole thing for me.🤣

+ 3
1 months ago I find the whole response hilarious, she's giving it more importance with her response. LOL

+ 14
1 months ago There were way worse rumours about her pregnancy announcement than this one.