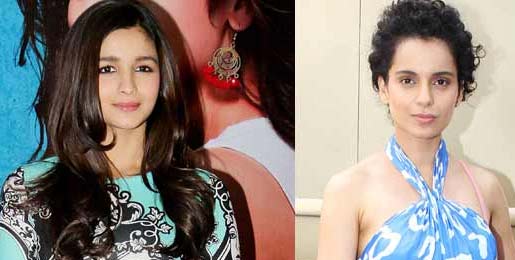 After Priyanka Chopra, Bollywood's young powerhouse of talent Alia Bhatt has praised 'queen' Kangana Ranaut after watching her latest movie "Tanu Weds Manu: Returns". She has also given the thumbs up for content-driven films led by women.

The 22-year-old even called Kangana an "inspiration".

"Such an inspiration, and the rare ability to just purely ENTERTAIN !!! Ufff loved Kangna in TWMR.. Wohooo to girl power;) superbbb," the "Highway" actress tweeted.

Kangana Ranaut makes Video on ‘fighting Covid’ after deciding not to ...

Kangana Ranaut tests COVID negative, but won’t reveal how she beat the ...