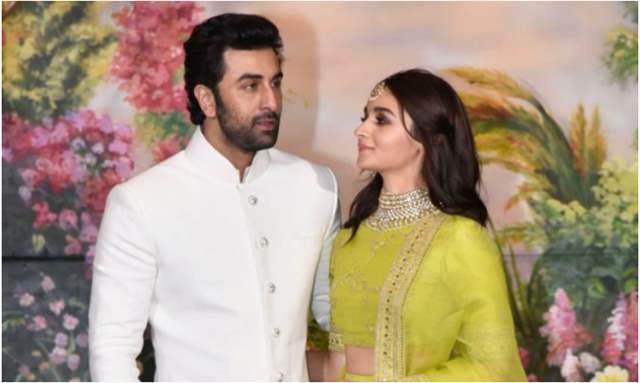 Alia Bhatt celebrated her 28th birthday on Monday and the actress was overwhelmed with the wishes she received from friends-family and even fans. The actress was spotted arriving at Karan Johar’s residence on Sunday evening for a grand birthday bash hosted by Karan Johar. Alia was recently in Jaipur attending friend Rhea  Khurana’s wedding and had no plans of celebrating her own birthday.

The decision comes after Alia's boyfriend Ranbir Kapoor contracted the COVID-19 pandemic and was absent from the bash but, his absence was compensated by his sister Riddhima Kapoor Sahni.

Now, while many thought the party was actually planned by Karan Johar, a recent Bollywood Life report suggests that Alia’s boyfriend Ranbir Kapoor and Karan Johar wanted her birthday to be special so they put the plan in place.

“Even though Alia had no plans to celebrate, Ranbir Kapoor and Karan Johar wanted it to be special and they put the plan in place. Ranbir had plans for a special Valentine’s Day weekend with the actress, but had to can it following uncle Rajiv Kapoor’s demise. He wanted to make it up for the lost opportunity on her birthday. But fate had other plans. He is in-home quarantine after testing Covid positive. So Karan, the best host ever, came to the rescue and hosted the party at his house on Sunday night,” added the source.

Alia celebrated her birthday with close friends, and family; her special day was concluded on a high note as she was joined by beau Ranbir Kapoor’s mother Neetu Kapoor in her celebrations.

Neetu posed with Alia, Soni Razdan, Shaheen Bhatt and a few others in a picture from the birthday celebrations.