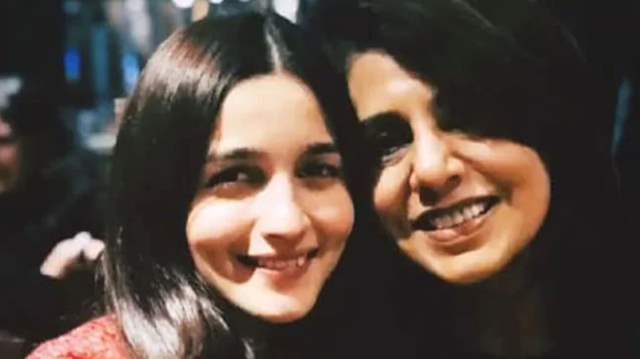 After Ranbir Kapoor and Alia Bhatt tied the knot on the 14th of April in an intimate ceremony, the couple shook the internet with their dreamy pictures and blooming bonds. One amongst the burgeoning relationships which has been garnering a lot of attention is that of Alia Bhatt and her mother-in-law, Neetu Kapoor.

We frequently witness the Dear Zindagi actress complimenting her mother-in-law on her appearance and movie trailer. Alia had the warmest reaction when the veteran actress uploaded a few of photos of herself all dressed up today.

In the pictures shared by Neetu Kapoor she can be seen decked in a magenta silk kurta with silver appliqué that she teamed with dhoti pants and kitten heels. She was also seen wearing make-up and accesorized her look with statement jewelry. Sharing these pictures Neetu wrote, “Thoda Pink thoda snazz”.  Making it to the comments area Alia Bhatt wrote, ‘Stunner’. 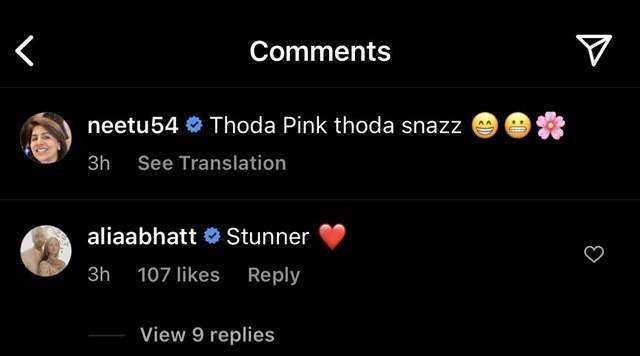 Meanwhile, Neetu Kapoor will make a comeback at the big screens in Raj Mehta's Jug Jugg Jeeyo, which will be releasing soon. Anil Kapoor, Varun Dhawan, Kiara Advani, Maniesh Paul, and Prajakta Koli will also appear in this film alongside Neetu. The movie's trailer was recently released, and it has sparked a great deal of excitement amongst the fans. Alia had applauded the trailer on her Instagram account as well.

Neetu Kapoor claimed at the trailer premiere that the film had helped her get out of the situation she was in, referring to her husband's death. Meanwhile talking about Alia, she is currently filming for her debut Hollywood project Heart Of Stone wherein she will star alongside Gal Gadot and Jamie Dornan. 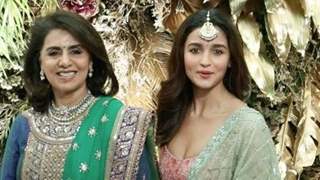 Alia Bhatt cheers for her mother-in-law Neetu Kapoor as she shares the ... 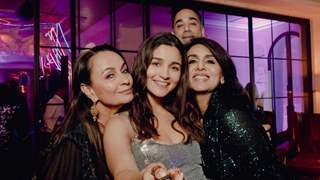 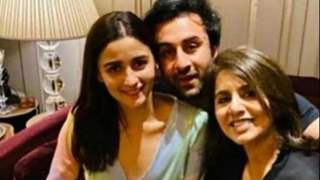