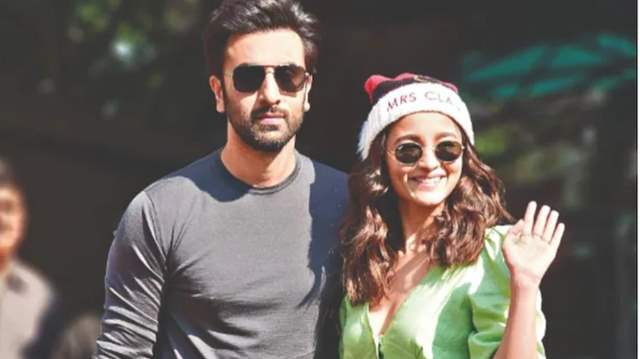 Brahmastra, a Bollywood film starring Alia Bhatt and Ranbir Kapoor, is nearing completion. The final phase of the highly anticipated film is being shot in Varanasi. In related news, Alia and Ranbir were spotted at Varanasi Ghat just a few hours ago. Alia was photographed wearing a long floral orange skirt with an orange t-back.

The starlet was led down the stairwell by her entourage. Ranbir Kapoor, on the other hand, was seen sporting a white tee that he covered with a red shirt and finished with blue denim.

Now, the pictures are going viral in which the team and crew along with Alia and Ranbir were seen taking a boat ride. To note, Brahmastra is directed by Ayan Mukerji. Apart from Alia and Ranbir, the movie also stars Amitabh Bachchan, Mouni Roy, Nagarjuna Akkineni, and Dimple Kapadia in key roles. The movie also marks Alia Bhatt and Ranbir Kapoor’s first collaboration together.

The shoot is taking place in Varanasi, and the couple will be in the city for about four days. They're filming a major song as well as a few key passages. Interestingly, they have previously filmed in Varanasi.

The makers had previously revealed Alia Bhatt's character Isha from the film on her birthday. Alia's first look from the film received a lot of positive feedback.

On the work front, Alia's Gangubai Kathiawadi has become a box office success by grossing over ₹100 crores since its release earlier this month. She will be next seen with Ram Charan and Jr NTR in SS Rajamouli’s RRR, which is scheduled for a release on March 25.