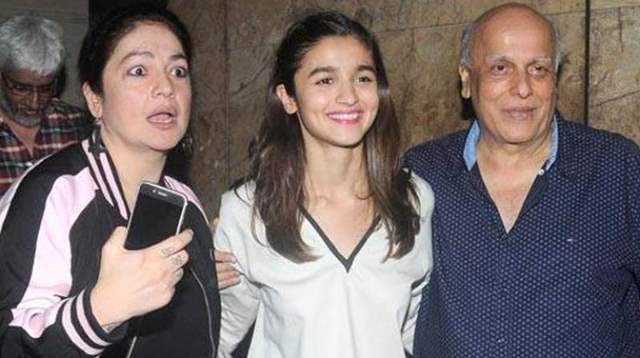 Recently, Sushant Singh Rajput’s gym partner Sunil Shukla made some shocking claims about the alleged ‘conspiracy to murder' the actor and also named Rhea Chakraborty's father and Mahesh Bhatt in the case.

While speaking to Times Now, Sunil Shukla alleged that the conspiracy to murder Sushant was done by “two daddies”- one is Rhea Chakraborty’s biological father and the second is her “sugar daddy” Mahesh Bhatt.

Reportedly, Mahesh Bhatt's daughters Alia Bhatt and Pooja Bhatt are upset over such allegations against their father and are planning to take legal action against Sunil Shukla.

"Bhatt Saab’s family is livid. Pooja and Alia feel, enough is enough. Their father’s name has been unnecessarily dragged into the mud. And now random people are naming him a murderer without a shred of evidence. It’s time for some serious legal action."

Earlier, Mahesh Bhatt's chats with Rhea Chakraborty surfaced online which further added fuel to the fire against the Bhatt family. Alia Bhatt and her sisters Pooja Bhatt, Shaheen Bhatt along with other family members have been facing the wrath of trolls on social media.

Meanwhile, Sushant Singh Rajput's death case has been handed over to the CBI for investigation.

Bharathi_gurti 2 months ago What about them calling every dead person as schizophrenic or saw them slipping away ..from parveen to sushanth. It is them unnecessarily calling people depressed so and so! No one invited bhatts, its thier unwanted talks..now who will drag them to court for saying " we saw it coming"

ishan2003 2 months ago Well done to the daughters, enough is enough that is true. You can't just sensationalise someone's death and accuse anyone and everyone