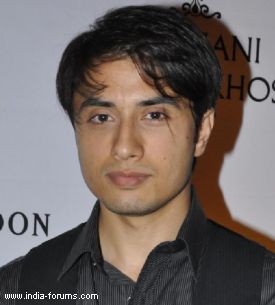 Pakistani singer-actor Ali Zafar, who is gearing up for the release of his next Bollywood venture "Total Siyapaa", has said that he is writing the script for a film. He hopes it shows his native country in a new light to the world.

"I am writing a script now and I wish it represents Pakistan at an international platform and people get to see that side of Pakistan which usually is not shown to them," Ali said here in an interview.

He wonders why Pakistan is "always shown in bad light".

"Pakistani people are good...it has its own kind of colour, culture, art, it has its history...people are so bubbly. Moreover, there is so much of scenic beauty there, then why such things about Pakistan are not shown in the international media?," he added.

"I think it's important and the time I has come when people like me need to bring this facet of Pakistan in front of the whole world," he added.