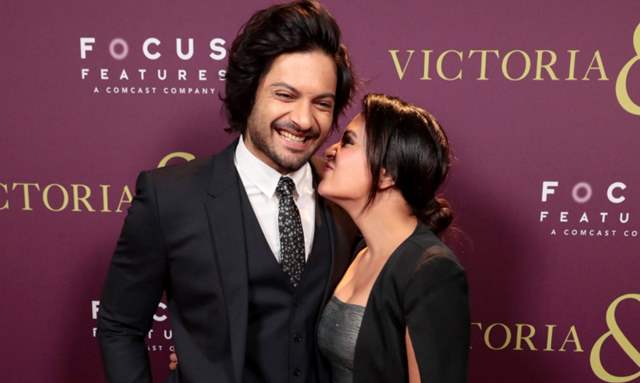 Ali Fazal was taken aback by the sad demise of his mother on the morning of June 17, 2020. The 33-year-old actor took to his social media handle and remembered his late mother as he penned a heart-wrenching note. While the world suffered at the hands of Coronavirus, it was a hard time for Ali but he received support from his girlfriend and fiance Richa Chadha.

During a recent interview with BollywoodLife, the Mirzapur star revealed that in the year 2020, the biggest regret for him was losing his mother.

However, he emphasized that it was Richa Chadha who helped him cope with this loss and had been a great support system for him.

Talk about sizzling chemistry, Ali Fazal and Richa Chadha grabbed everyone’s attention after starring in Fukrey. Later, the two got engaged after dating for a few years and they have been setting relationship goals since 2017. The lovebirds have been standing strong with each other amid times of crisis.

“My biggest regret is losing my mother. I don't think I can say anything for that, but I've had a great support system, I've had somebody like Richa (Chadha) who's been there in that time, so that's also a good asset,” said Ali Fazal in an interview BollywoodLife.

After the sad demise of his mother, Ali penned a long note about his mother, reflecting on her talks. Apart from that, even Richa Chadha took to her social media handle and expressed grief for her boyfriend Ali Fazal’s mother's sudden demise.