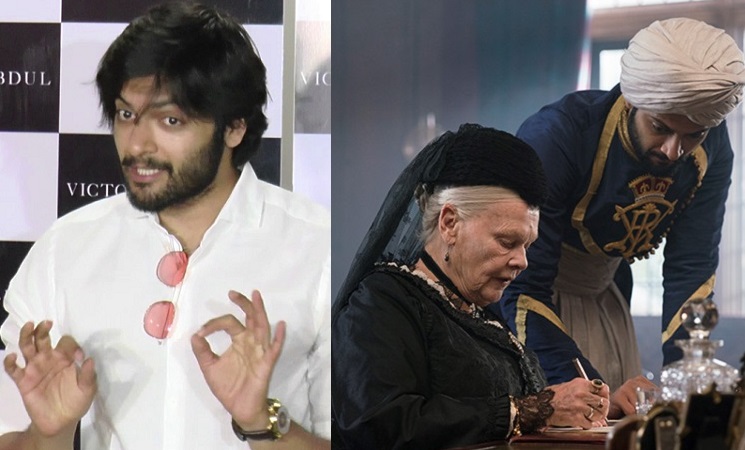 Actor Ali Fazal, who plays one of the title roles in Stephen Frears' directorial "Victoria and Abdul" with veteran actor Judi Dench, believes racism has always existed and it will continue to exist in future too. But he says he is one of the lucky few to have never experienced it.

"I don't think it is (racism) out of the picture. There has always been racism and there will (always) be, unfortunately," the actor told IANS in an interview on the sidelines of the Lakme Fashion Week (LFW) Winter/ Festive 2017 here.

Ali says his film is coming out at the right time and he is extremely excited about its release. The film revolves around the inexplicable bond between Queen Victoria (Dench) and her clerk Abdul Karim (Fazal).

The movie is based on a book of same name by Shrabani Basu that chronicles the real-life relationship between Queen Victoria and Abdul Karim -- a relationship viewed with suspicion by members of the royal household.

It has been co-produced by Working Title Films and BBC Films, with Focus Features handling UK distribution rights while Universal Pictures International would handle all the other countries.

Fazal says he himself has never faced any hate comment from anybody in his international journey.

"No, not at all... I think it (my Hollywood journey) has been very nice," he said, adding that there is "lots of load" now that he is juggling between two worlds.

"I handle that side and this side," he said.

Ali walked the ramp as the showstopper for designer Asa Kazingmei, who was a part of a special show by brand Johnnie Walker, at the fashion week.

Commenting on the fashion police, Ali told IANS: "Women are really scrutinized for what they wear. Sometimes I just want to go out there and say, 'Hey, I own a washing machine. I can repeat my clothes, so screw you'. We (male actors) do feel a little safe, but they also indulge themselves a lot these days. I think it's fun to own a wardrobe and have loads of clothes."

Does he give suggestions on styling while working on films?

"It's a collaborative effort. It depends on characters, setting and many things. I don't think an actor can take that decision," he said.