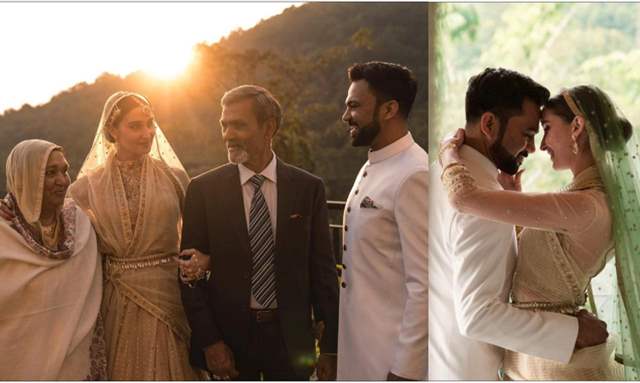 Director Ali Abbas Zafar got hitched to Alicia earlier this week. The filmmaker’s sudden move surprised his fans and later introduced his wife with a post on his Instagram handle. While Ali married Alicia in a hush-hush wedding ceremony, the filmmaker has revealed that he pursued Alicia, who is from?France, for two years before she agreed.

During a recent interview with Mid-Day he also added how his marriage was always intended to be a low-key affair, a far cry from his larger-than-life films.

Speaking about his wife Alicia, Ali said that since is from France, visas were initially posing a problem. Interestingly, when she received her visa, they went to Dehradun and got married at home.

The Bharat director also opened up about their love story and Bollywood has yet another adorable tale about love. Ali revealed how he met Alicia during a work trip to France and pursued his future wife.

She is a first-generation Iranian from France. I had gone there for work and immediately fell in love with her. I pursued her for almost two years, convincing her that I am the man who will keep her happy. It has been a difficult task, but I am glad she finally agreed.

Ali got married in an intimate ceremony and he broke the news by sharing a picture with his wife on his official Instagram handle. While not much is known about Ali’s wife yet, we hope to hear it from the director himself soon.