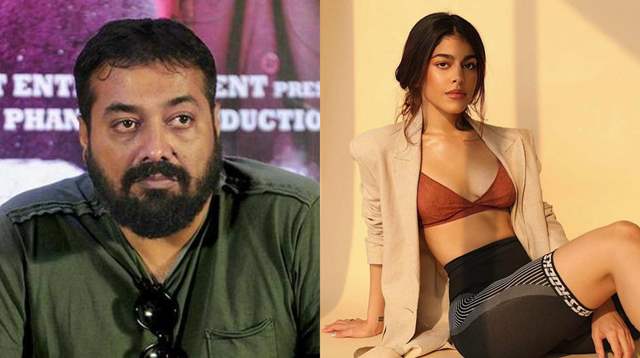 Alaya F has become a big name in the tinsel town, and has won hearts with her debut film, 'Jawaani Jaaneman'. Her charismatic approach to the character and confident appeal on-screen has credited her a lot of rave reviews from the audiences and the critics alike. The young star has not just made her mark in films but also, graced quite a number of magazine covers.

In a recent interview with Rajeev Masand in the Newcomer's Round Table of 2020, the actress revealed,

I actually signed Anurag sir’s film before I signed Jawaani Jaaneman. But it was long before he was going to shoot it and he told me, do whatever you want if something comes along please go for it.

Talking about her initial working experience, she further adds,

For my first film, I never had a clear idea what I want to do, whether I want to do something commercial or a little more dark and alternative I had nothing specific. I was meeting a lot go directors and producers, whoever would want to meet me. I used to go with this little reel, so I used to compile all my videos from my acting class and I used to make it into a reel with background music and all, add effect and everything.

In the interview, according to Alaya, she had gone to Anurag Kashyap too, to show him some of her videos, to know his honest opinion for her craft. Reluctant at first, the director tried to brush her off by saying he makes only 'Tedha' films, which might not be the perfect fit for her.

When Anurag saw the 7-minute long video, he he went in wonder for a while and said to Alaya, "I have a film that’s perfect for you, can I narrate it to you now?" Anurag was very much convinced for Alaya, and even started calling up other people, telling them he had found the right girl. So this is how, he went from I don’t have films for you to I have the perfect film for Alaya.

It happened during the time when 'Jawaani Jaaneman', was nowhere to be seen. Further in the interview, Alaya F says she is now in full prep mode for what is next ahead in her journey. After surprising the audience with her performance in 'Jawaani Jaaneman', Alaya will be next seen in Anurag Kashyap's next.