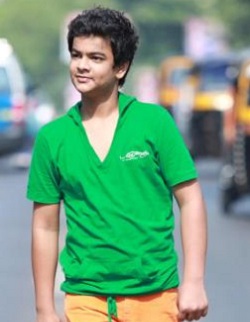 Sony TV's Ek Nayi Pehchaan produced by Jay and Kinnari Mehta is striving hard to grab viewers eyeballs and is coming up with more interesting track. The recent entry that we all witnessed was that of Padmini Kolhapure portraying the character of Pallavi Ajmera in the show.

While Padmini is playing the parallel lead in the show, the audience will witness a few more twists in the show.

Our source informs, "There will be the entry of Padmini's kids - a daughter and a son. While who will play the role of the daughter is still at the casting stage, Alam Khan will play her son. Her son will be of the age of 15-16 years and the daughter will be elder to him."

"Further what happens in the show is Sharda (Poonam Dhillon) will leave the house along with Karan (Karan Sharma) and Sakshi (Krystle Dsouza). Pallavi will come and stay in the house with Suresh Modi/Mahesh Ajmera (Sooraj Thapar). Sharda will go on to get a job and that is when her real struggle for making her good identity begins," ends the source.

When contacted Alam Khan to know more about his character, he says "I am playing the role of Aarav who is Pallavi' son. He is very arrogant and has an attitude. He does not speak to his father thinking whatever he has done with his mother is not acceptable. Some kind of tiffs will be seen between Chirag (Namish Taneja) and Aarav."

Well we hope this track attracts the audiences.

prernacda 6 years ago is he not the same one who played the kid duryodhan...arrogan and threw bhim in the water...

mistake is that the gatekeeper had shown a picture of mahesh ajmera wife and a grown up son...
i think they are forgetting their own tracks...there was no daughter in pic!

meriyaar 6 years ago Sounds so interesting! Now Sharda is going get her nayi pehchaan

heaven princess 6 years ago This suresh mahesh is such a sicko! After everything how can he still think he hasnt done anything wrong ??
So glad sharda is leaving the house to make her own pehchaan... stupid suresh mahesh doesnt know what his missing out on,.. I justbhope sharda can make shch a big business that she out does suresh and takes over the business
And leaves him bankrupt

Ms.S.K. 6 years ago Sharda get rich and become business rival of suresh and pallavi

souroj 6 years ago Suresh Modi is the father of 5 children, age group varying from 35- 15. Unbelievable lol.

Ms.S.K. 6 years ago Pallavi's role is not a cameo then?!!
her children are younger than Modi children yet she is supposed to have married Mahesh/Suresh first !!!!