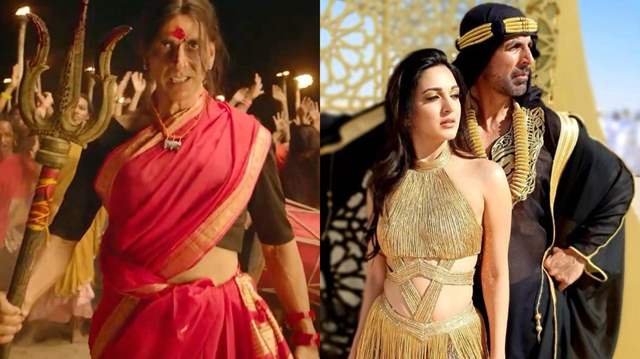 Akshay Kumar and Kiara Advani starrer Laxmmi movie is all set for it OTT release today. The film is a Hindi remake of the blockbuster Tamil film, Kanchana and is director by the same director, Raghava Lawrence. But, it's the Hindi debut of Raghava and just ahead of the release, he has shared an emotional message for everyone.

Taking to his social media account, the director wrote:

"Hi friends and fans, My Hindi debut direction movie Laxmi is releasing in #Disneyplushotstar at 7.05 pm today. Through Tamil movie Kanchana I wanted to convey the pain and struggles of transgender's and the movie received lot of appreciation from transgender's community and the public.

Similarly, When Akshay sir is acting in it's Hindi remake, I hope the message will reach to wider audience.

Normally actors won't accept such tough roles but I believe Akshay sir being such a good human being he cares a lot for the society and previously he has given so many good message films.

My special thanks to Akshay sir for accepting and doing this role and I'd like to extend my Thanks to sister Shabina for the whole process of this film, Tusshar sir, Kiara Advani for acting beautifully, My DOP Vetri, my co- directors and to all technicians who worked for this film.

I hope you all will see and enjoy the movie today at 7.05pm" 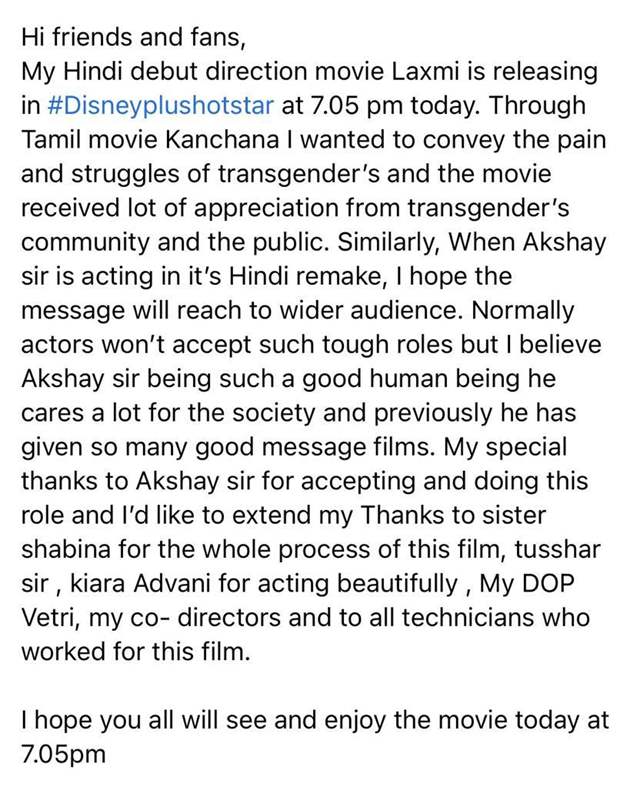 Laxmmi not only marks the Hindi debut of director Raghava Lawrence but also marks the debut of actor Tusshar Kapoor as a producer.