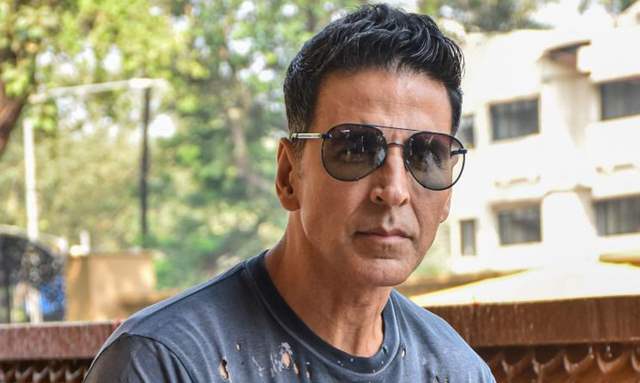 Akshay Kumar starrer ‘Prithviraj’ landed in trouble after the members of the Akhil Bharatiya Kshatriya Mahasabha demanded a change in the title of the film. Similar to Karni Sena in the past, this organization has also demanded the change of title and said that it has to be the full name of the King and hence titled 'Samrat Prithviraj Chauhan'.

Meanwhile, the filmmakers and cast seem to have mounted more tensions as an effigy of the lead actor Akshay Kumar was burnt in Chandigarh on Thursday, to protest against the title of his upcoming film ‘Prithviraj’, reported ETimes.

Earlier last month, the Karni Sena, too, had demanded a title change of the film and wanted incorporation of the full name of the late king. They had also demanded that the film be screened for them before its release.

Threatening the makers, Surjeet Singh Rathore of the Karni Sena said, “If they don’t listen to our advice they will have to face the consequences. What happened to Sanjay Leela Bhansali during ‘Padmaavat’, the makers of this film will have to be prepared for it, too”.

Previously, Sanjay Leela Bhansali had eventually changed the title of his film. However, the makers of ‘Prithviraj’ are in no mood to give-in to the organisation’s terms. If all goes well we will get to watch Prithviraj on the silver screen this Diwali.

Announcing the film in 2019, on his birthday, Akshay with a tweet had said, "Elated to share about my 1st historical film on my birthday. Humbled to have the opportunity to play a hero I look up to for his valour and values - Samrat Prithviraj Chauhan in one of my biggest films 'Prithviraj'".

+ 4
1 months ago Gunde hai yeh saare politicians. Faltu cheezon pe focus zyada and actual work for which they are elected is always neglected. I really hope the makers won’t bow down to these goons and change the name. It’s a matter of principle and any arm twisting should not be encouraged. The party idiots should focus on the welfare of the people who elected them, not protest for nonsensical name changes in movie scripts.

1 months ago His first historical film was Kesari. LOL he doesn’t even know what historical means.