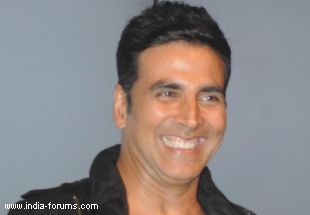 Actor Akshay Kumar, also a sports lover, is now promoting kabaddi by urging fans to watch the World Kabaddi League when it begins in August.

"I'm a sports enthusiast, be it cricket, martial arts, hockey or kabbadi...that's no secret. I've always promoted fitness and sports. Cricket is already world famous but I feel it's now time to shift a little focus towards the sports which originated in our own country, Kabaddi!

"So guys it's my request, tune into the World Kabaddi League starting in August 2014 and give it all your support," he tweeted Friday.

The league will be played across four continents from August till December.

Akshay Kumar gets Nod from UP CM for the Shooting for 'Ram Setu' in ...