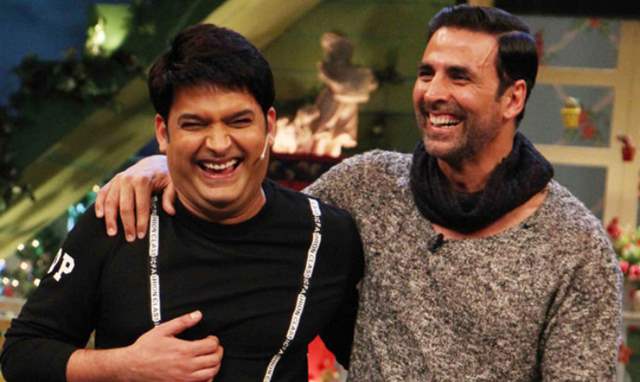 It’s evident, there’s no end to Akshay Kumar’s fun and lively demeanor. The actor is known to pull-off many pranks on the sets and there’s no stopping him. The actor has completed the shooting of his upcoming film Laxmmi Bomb and will soon appear on Kapil Sharma’s show for an all-time entertaining episode of The Kapil Sharma Show.

The two will once again join hands for Laxmmi Bomb promotions. On Saturday, Akshay shared a photo with co-star Kiara Advani and activist Laxmi Narayan Tripathi and announced he will be shooting with Kapil.

Sharing the picture, Akshay wrote, “Three’s not always a crowd! Team #LaxmmiBomb with the real Laxmi on sets of #TheKapilSharmaShow today!”

Kapil replied to his tweet and thanked Akshay as he wrote, “Thank you for all the love n fun we had on shoot after so long paji u were on fire as always.. lots of love n respect best wishes to u n the whole team of #LaxmiBomb #LaxmiBombontkss #TheKapilSharmaShow”

Now, Akshay reacted to Kapil Sharma’s tweet as he wrote: “I think my film promotions are incomplete without your show now...either it’s that or you bribe all my film’s marketing team But seriously thank you for a fun day, see you soon”

Laxmmi Bomb is slated to premiere on November 9 2020 on Disney+ Hotstar. Also, the film has been confirmed for a theatrical release in Australia, New Zealand, and UAE on November 9.