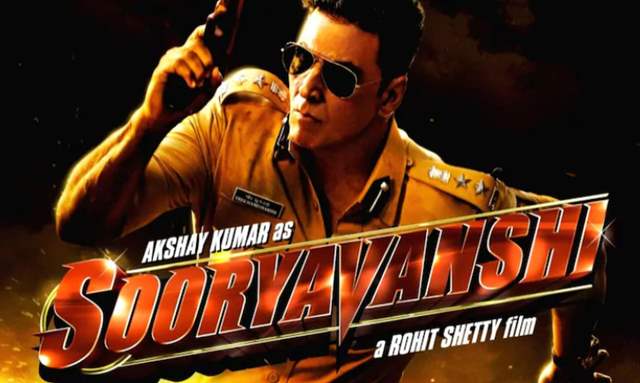 The soaring coronavirus cases have mired trouble for the Indian film industry as multiple projects have yet again been halted owing to the night curfews and weekend lockdowns. It’s clearly evident that releasing a film in such circumstances would be suicidal as post 6 pm shows were ruled out.

The government in its attempt to curb the Covid-19 cases has declared a partially shut down of theatres, restaurants and other amenities across several states.

Hence, it was no surprise that films like Chehre and Bunty Aur Babli 2 were indefinitely postponed. It is completely evident, the magnitude of impact the cinema sector has suffered.

Now, a recent Bollywood Hungama report suggests that even Sooryavanshi has been pushed ahead. As reported earlier, the makers of Sooryavanshi had also revealed that the film won’t release as scheduled and the lockdown has further made it clear.

“It will be in place till April 30, the day Sooryavanshi was supposed to release. And there’s no guarantee that the lockdown won’t be extended, especially if cases haven’t reduced. Meanwhile, the other states might also follow Maharashtra’s example and introduce curbs. Sooryavanshi is a big film and it’ll be suicidal if it releases in such unpredictable circumstances. Hence, it stands postponed”, said a source quoted by Bollywood Hungama.

The postponement of Sooryavanshi will be a huge blow for the cinema fans, exhibitors and the industry at large. Considering it to of the most awaited films of the year, the film is expected to resurrect the business which has been affected heavily since March 2020.

+ 2
9 days ago LOL!!!! Very Very Very raised to infinity good.. These people only care about money and not about anything else..Very good..Now again please wait and keep waiting..they will not release it on OTT anyway..