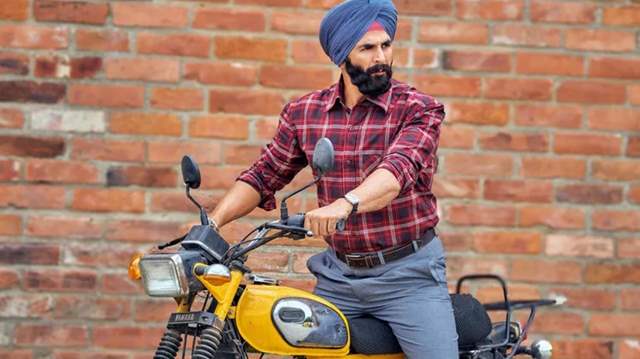 On July 4, Akshay Kumar began filming in the UK for his untitled Tinu Desai production. The movie's working title is Capsule Gill, but the unit reassures that this is only a placeholder term that is likely to change in the future. Since it is a biopic of Jaswant Gill, Akshay has gone above and beyond to make sure that he looks like a real-life hero.

He will appear in a Sikh avatar, and reports claim that he spends more than an hour each day working with the makeup and prosthetics experts to achieve the perfect look. Now it has been learned that, for the film's shooting, the producers, Pooja Entertainment, have reserved a huge, remote 100-acre area close to the city.

In a 100-acre property, the main filming for the movie will go for two months. Although filming began on July 4, it won't be finished until the end of August, according to the team. This multi-acre property has been turned into a number of shooting locations, and the production company claims it is the largest production unit for a Bollywood film in the UK.

As per the reports, the film's shooting would involve more than 300 people. Key characters in the film will be played by actors like Kumud Mishra, Pawan Malhotra, Dibyendu Bhattacharya, and Ravi Kishan. In supporting parts, it also has Virendra Saxena, Varun Badola, Rajesh Sharma, and Ananth Mahadevan.

The movie is based on a real-life hero, Jaswant Gill, the main mining engineer who freed 65 trapped miners from the coal mine and his valor. Pooja Entertainment touts it as one of the biggest human stories.

+ 8
2 months ago oh akshay. please give us something quality.

+ 14
2 months ago To archieve the perfect look, he’d have at least grow his real beard and moustache.🫣😒